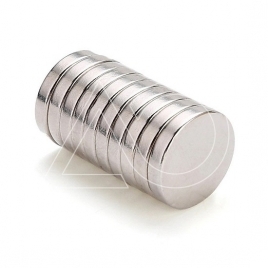 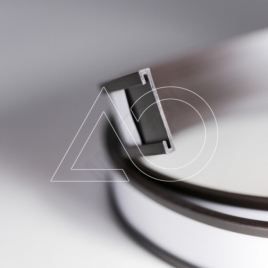 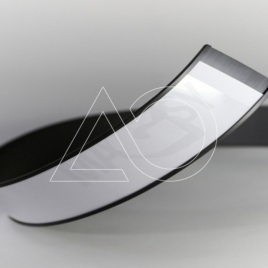 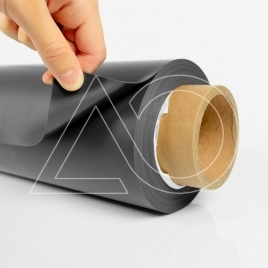 Neodymium magnets
Neodymium is a chemical element, a rare earth metal. Neodymium combined with iron and boron forms a very strong magnet which is called Neodymium Magnet (NdFeB). Neodymium magnets are also often referred to as "Neos", "Neo" or "Super Strong" magnets.
The magnets are coated with a triple layer (nickel-copper-nickel) to prevent corrosion and ensure optimal magnet performance up to +80 °C temp. The magnets sold as standard are N35 class. Magnets of a higher class are sold on demand.

C-profile magnets are magnetic profiles commonly used to mark goods in warehouses on metal surfaces. The profile is easily cut with scissors and is used many times by changing the location or information.

Supamag - adhesive magnetic film
Supamag magnetic film is designed for the production of both large and small format image advertisements: various types of information signs on cars, refrigerators or other metal surfaces.
The magnetic film is flexible and has a higher tensile strength compared to films from other manufacturers. It is also produced in white colour, which is widely used for UV printing
Advertising or signs used in conjunction with magnetic film do not damage painted and varnished surfaces. Such advertising is easy to install or remove quickly. The film can be used many times. 0.75 mm thick magnetic film is most suitable for vehicle signs.

Supamag an adhesive magnetic tape
Due to its flexibility and wide range of applications, supamag magnetic tape is used in many industries, allowing materials or objects to be mounted directly on iron or other metal surfaces.
The magnetic tape belongs to the group of thermoplastics. It is made of ferrite powder and rubber polymers. The magnetic tape is coated on one side with "premium" class glue so it can be glued to hard-to-glue surfaces such as PVC, PP or other plastics.
The front of the tape is coated with a UV-resistant / resistant to dirt surface so when the magnet is removed, it will not leave marks on the applied surface.